Safer Travel is committed to creating a Safer Transport Network in the West Midlands.

Together, West Midlands Police, British Transport Police and Transport for West Midlands make up the Safer Travel Partnership and work to identify areas of the network vulnerable to crime, anti-social and nuisance behaviour.

Our team is intelligence led, drawn from a number of sources such as the officers, transport operators and reports from the public. The team also have access to over 1400 CCTV cameras, which are staffed 24/7 to identify and respond to incidents which are located in Bus, Rail and Metro stations. 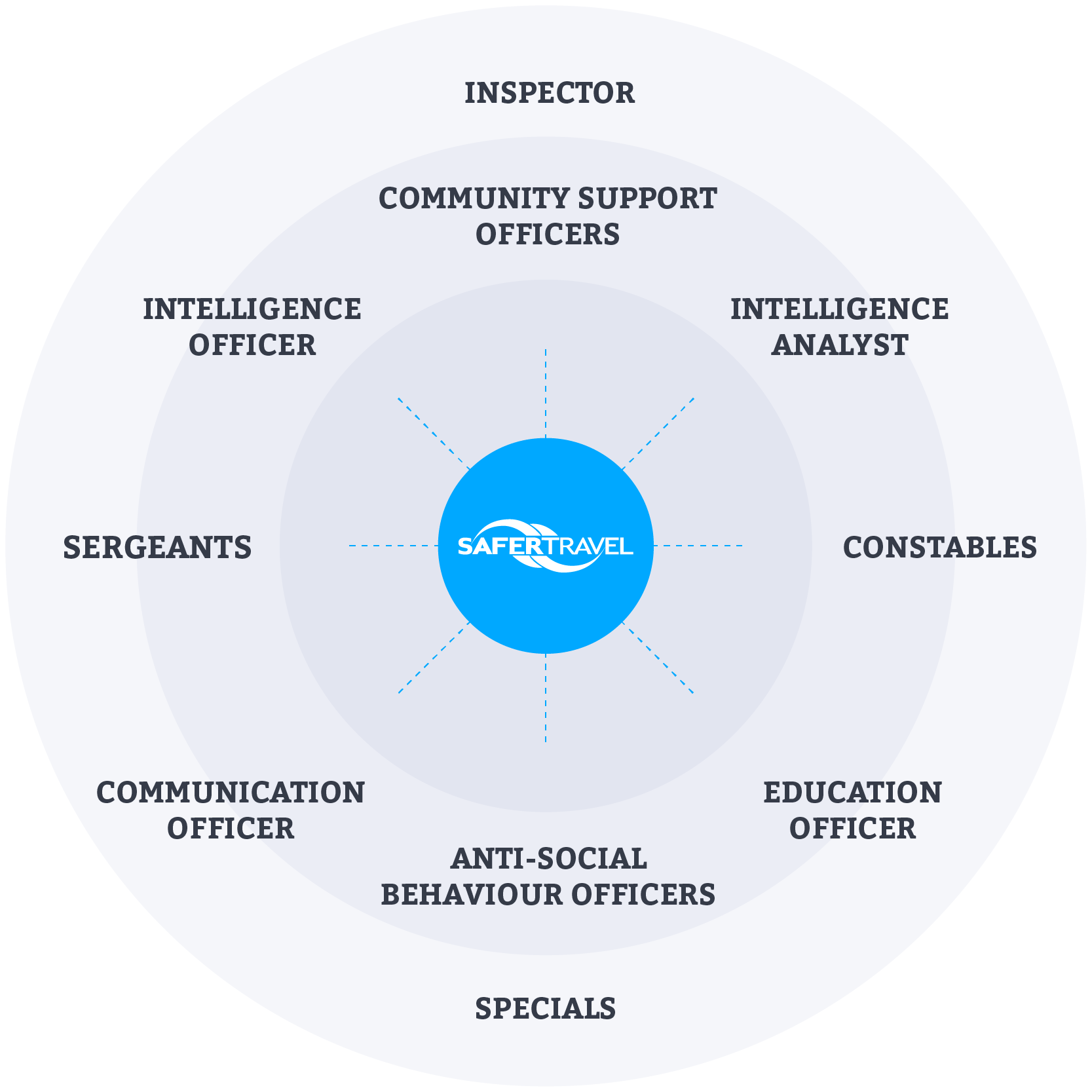