A man who spat at a bus driver while en route to a police appointment has been jailed – as officers from our Safer Travel team warn that attacks on public transport staff won’t be tolerated.

Danny Whelan, of no fixed address, boarded the 31 bus on 24 April on his way to a police station to report for an existing community sentence.

He failed to show a valid ticket and after being challenged by the bus driver ran downstairs, punched the driver’s cab screen and launched a tirade of abuse.

The 23-year-old then spat at the driver before running off. 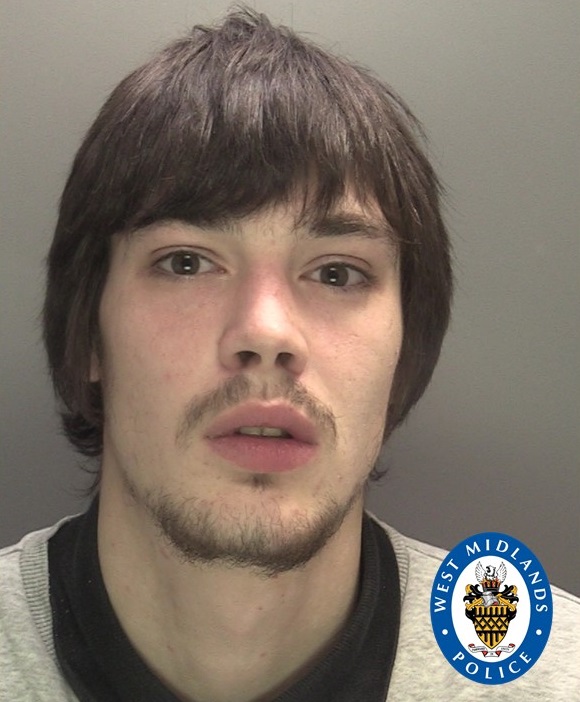 Danny Whelan was sentenced to 42 days in prison

He was later identified by officers from CCTV images taken from on-board the bus.

Using images from up to 12 cameras on-board National Express West Midlands buses, Safer Travel identify around 75 per cent of offenders from bus-related incidents.

After pleading guilty to common assault at Wolverhampton Magistrates Court, Whelan was sentenced to 42 days in prison and ordered to pay a £128 victim surcharge.

The court highlighted the seriousness of the incident as it was committed during the CoVID-19 lockdown, when this offence carried potentially life-threatening consequences for the victim.

They also considered that Whelan was already serving a community sentence for an unrelated offence and he was travelling to report to the police station at the time of the incident.

Inspector Rachel Crump, head of the Safer Travel police team, said: “This was a disgusting crime committed against a vital front line worker that was simply doing his job to ensure key workers were able to travel to work safely during the lockdown period.

“We will not tolerate abusive and aggressive behaviour towards transport staff, and we are pleased to see Whelan face time behind bars for this revolting offence.”

David Bradford, Managing Director of National Express West Midlands, said: “Spitting is not only disgusting but it is also a criminal offence. Nobody should be subjected to this heinous behaviour.

“National Express West Midlands works very closely in partnership with the Safer Travel policing team and CCTV cameras on all of our buses can provide crystal clear images of offenders.

“We welcome the sentence given to Whelan which sends a clear message that we will not tolerate offensive behaviour towards any of our staff.”