A callous cycle thief, who stole a Solihull teen’s bike while he visited his sister in hospital, has been jailed for 16 weeks.
Ross Jones, 23, took Jacob Insull’s bike from Dorridge railway station on 5 July after the 14-year-old caught a train to Birmingham to see his younger sister, who was being treated in the city’s children's hospital.
The theft was one of three carried out by Jones at the station in the space of just nine days: on 4 July he stole a £700 racing bike and on 12 July he took a £150 road bike.
Jones’ spree came to an end on 14 July, when he was spotted by a police officer at the station who recognised him from CCTV footage of the bikes being stolen. Jones, of Stretton Road, Shirley, was later charged with three counts of theft, which he admitted, and on 16 March was handed a 16 week term at Birmingham Magistrates’ Court.
For Jacob, it was the second time his bike had been stolen and thieves had also made off with the family car earlier in the year. This left him struggling to visit his sister Lana, aged 7, who suffers from Mitochondrial disease - a life-limiting condition, meaning she has epilepsy, severe infections and is unable to communicate.
On hearing of his plight, officers from the Safer Travel Partnership – made up of British Transport Police and West Midlands Police officers – put their heads together to think about how they could help Jacob see his sister.
PC David O’Neill from the Safer Travel Partnership said: "We approached a local company who recycle unclaimed bikes and they kindly donated a bike for Jacob.
"Jacob is a very special boy; not only does he help out with the day-to-day care of his sister, but he has also raised thousands of pounds for the Lily Foundation, who raise money on behalf of those who suffer from Mitochondrial disease.
"He gives a lot of his time to others and we were horrified to hear so much had been taken from him. We hope our actions and the custodial sentence handed to Jones will go some way to making up for the losses the family has suffered.” 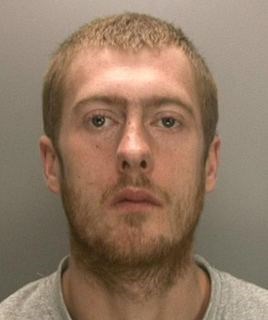