Plans to increase the numbers of specialist uniformed officers patrolling the region’s bus, train and tram networks has been launched today (18 March).

The four-year Safer Travel Plan sets out how the region’s police and transport bosses will work together to tackle crime and anti-social behaviour on public transport.

The plan has been agreed by West Midlands Police, Transport for West Midlands (TfWM) and British Transport Police working together through the pioneering Safer Travel Partnership.

The purpose of the plan is to ensure our teams are working effectively and efficiently to continue to reduce crime and antisocial behaviour (ASB) and improve passenger safety and is launched ahead of the Birmingham 2022 Commonwealth Games which will see a significant increase in passengers this summer. 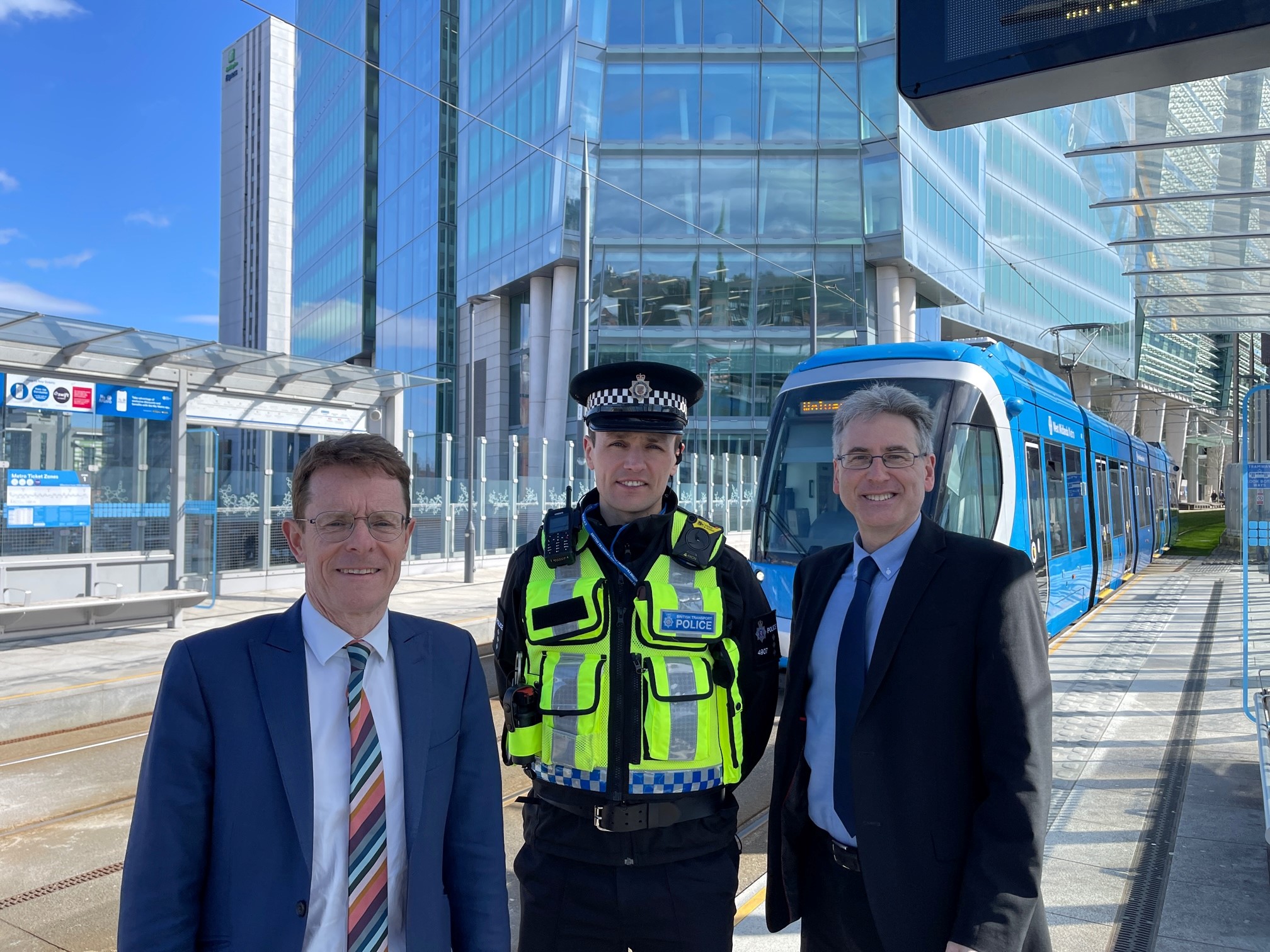 A key proposal is to not only retain the numbers of police officers assigned to the transport network at current levels, but to significantly increase the numbers of uniformed Transport Safety Officers (TSOs), following the appointment of the first three last year.

A further aim is to work with Designing Out Crime experts to look at tackling safety concerns on the parts of a journey outside of public transport, such as the walk to a bus stop, train station or metro stop such as through better lighting and CCTV coverage.

The Safer Travel Plan also looks to build on the Project Empower campaign which, launched last year, encourages people who have been victims of sexual offences to report to police. The coming months will see more work by officers on bystander intervention and safeguarding victims, as well as using technology such as transport planning apps to offer safety tips to passengers.

This also comes a week after the West Midlands Combined Authority (WMCA) chief executive Laura Shoaf and TfWM executive director Anne Shaw in their role of Government appointed transport champions published a series of recommendations and guidelines for the transport industry to reduce violence against women and girls. These included making staff more visible on the transport network and encouraging more women into the industry to work on planning and design.

West Midlands Police and Crime Commissioner Simon Foster, said: “I am committed to ensuring people are safe when they use public transport. I am continuing to invest in Safer Travel to make sure we maintain a dedicated team focussed on keeping us safe on the buses, trams and trains. I also welcome the increased focus on keeping women and girls safe in the new Safer Travel plan.

“If we want more people to use public transport, then they need to feel safe doing so. That is why the Safer Travel team is so important. I am pleased that we are investing in more Transport Safety Officers to patrol the network to keep the public safe and deter crime.”

Andy Street, the Mayor of the West Midlands, said: “Although incidents of crime on our buses, trains and trams are thankfully low when you consider the millions of journeys taken each week, those incidents – however few – can be terrifying for those involved and put people off using public transport again.

“It is therefore vital that we get more uniformed staff out and about, ensuring they are visible across our transport network as well as targeting anti-social behaviour. Our latest Safer Travel Plan will help do exactly that by increasing the number of our transport safety officers over the coming years.”

Note: The Safer Travel Plan 2021-2024 was delayed a year due to the team’s focus on implementing Government regulations and ensuring passenger safety during the Covid-19 pandemic.