Safer Travel heads back to school 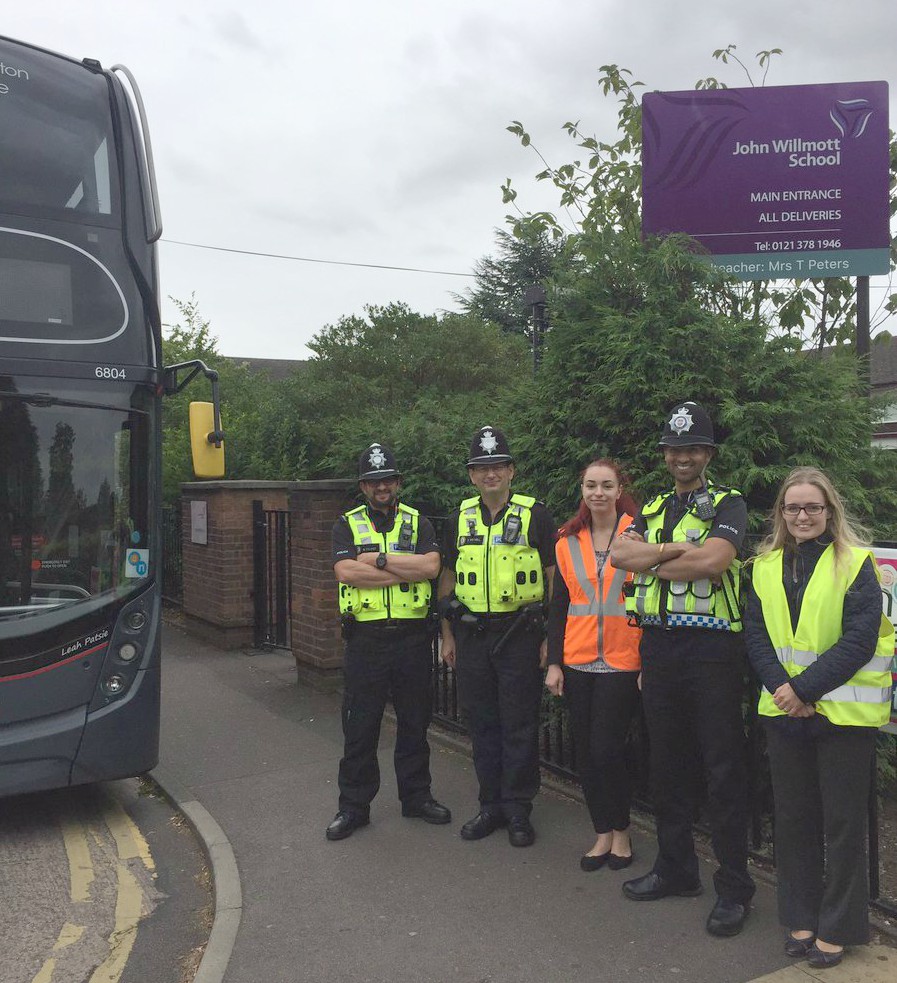 Bosses at West Midlands Safer Travel Partnership have praised Birmingham schoolchildren after a successful end-of-term police operation to crack down on anti-social behaviour. Safer Travel is now gearing up for the back-to-school season.

Operation Vilis was carried out on 20-21 July and saw police officers meet with hundreds of youngsters and travel on buses with them to advise on how to behave on public transport and deter any anti-social behaviour that may occur at the end of term.

“We targeted schools that had previously been on our radar for anti-social behaviour and criminal damage on public transport.

“But I’m very happy to report that this year, we got NO reports at all of criminal damage on the buses during that time frame. Birmingham pupils should be proud of themselves for their good behaviour while travelling on public transport.”

The Safer Travel officers were supported by Young People’s Officers from Birmingham Partnerships Team as well as inspectors from National Express West Midlands to provide high visibility on many routes across the region.

“These operations have proved to be very successful in the past in deterring ASB on the network. We have received great feedback from schools about our support at the end of term.

“We encourage all parents, guardians and teachers to talk to young people to explain what is classed as appropriate behaviour.”

The Safer Travel Partnership runs two consecutive police operations, bookending the summer holidays to ensure students have a safe journey to and from school.

After Operation Vilis on the last two days of the school term in July, Operation Bale runs for the first two weeks of the new academic year – 4-15 September.

A video with a message from Inspector Crump and real-life CCTV of some shocking incidents of ASB on buses have been circulated to all secondary schools in the area.

As in Operation Vilis, officers from Safer Travel, local neighbourhood teams and National Express will be targeting key routes on bus network to travel with the students to deter inappropriate behaviour.

The team also encourages youngsters and other passengers to use the See Something Say Something service to report ASB anonymously on the bus network.

Passengers can text 'bus' followed by a space and then details of the incident including time, date, location and route number to 83010.

This can include payback or reparation for their behaviour in the form of cleaning buses, garages and other work via the Restorative Justice scheme.