A knife arch was in operation at a Birmingham train station as part of the ongoing police crackdown on weapons across the region.

Passengers at Perry Barr station passed through the arch this afternoon (Tuesday 4 December) during an education and enforcement operation.

It saw a 24-year-old man arrested on suspicion of possessing a bladed article while three other people were searched.

The operation was led by the Safer Travel Partnership which is made up of West Midlands Police, British Transport Police and Transport for West Midlands. The arch is poised to be used at stations across the region over the coming months.

Inspector Rachel Crump, policing lead for the Safer Travel Partnership, said: “Using a knife arch is an effective method that allows us to find and prosecute those carrying knives and weapons on public transport.

“We do not want passengers to be alarmed by the presence of the knife arch; it is simply a key tool in the fight against knife crime. Police visibility is vital in deterring potential offenders, and we are using the arch to keep passengers safe on their journeys.

“The operation was well received by the public, with passengers engaging with our officers and many said they felt reassured by the presence of the knife arch at the station.” 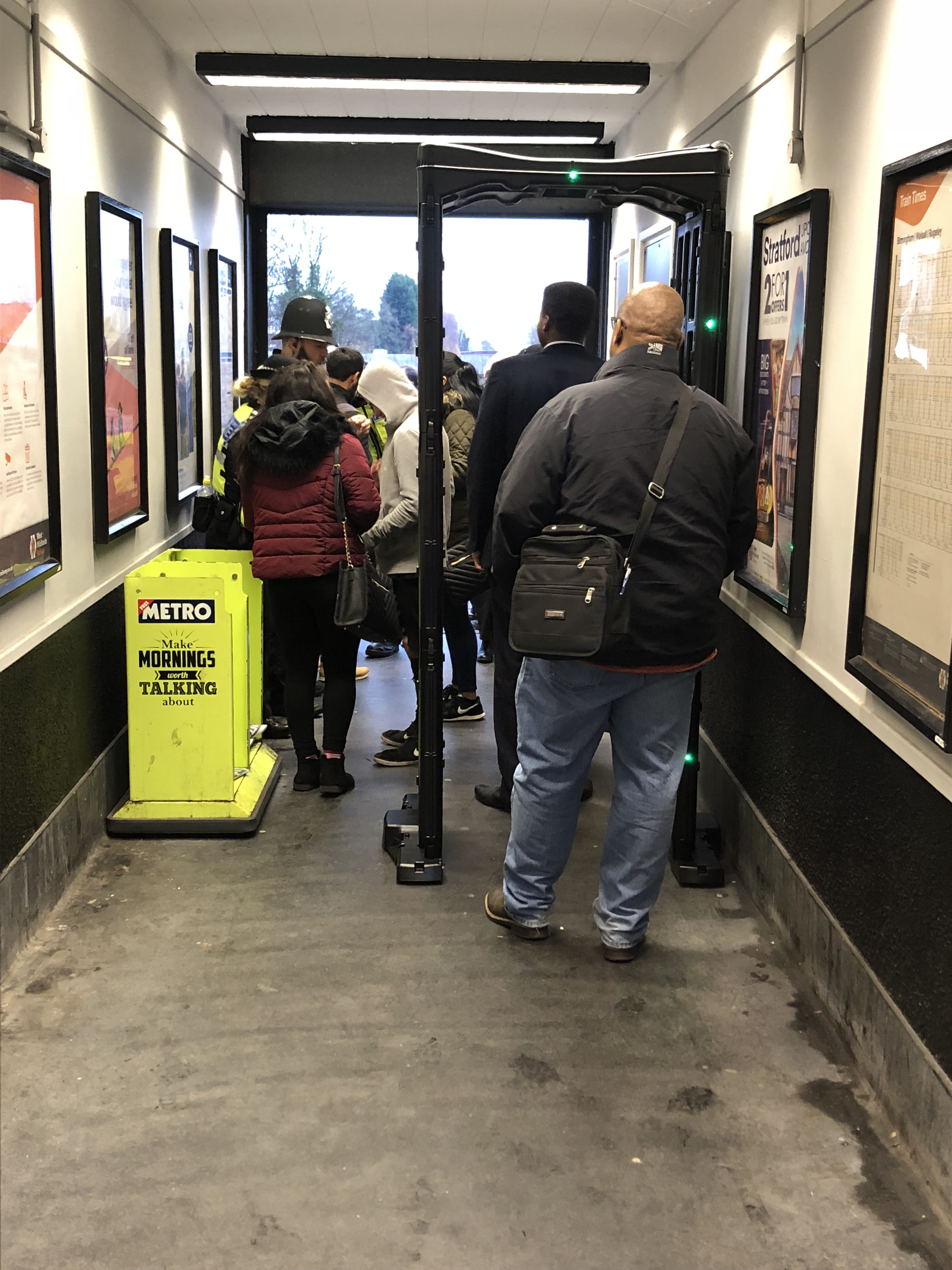 Image: Knife arch in use at Perry Barr train station