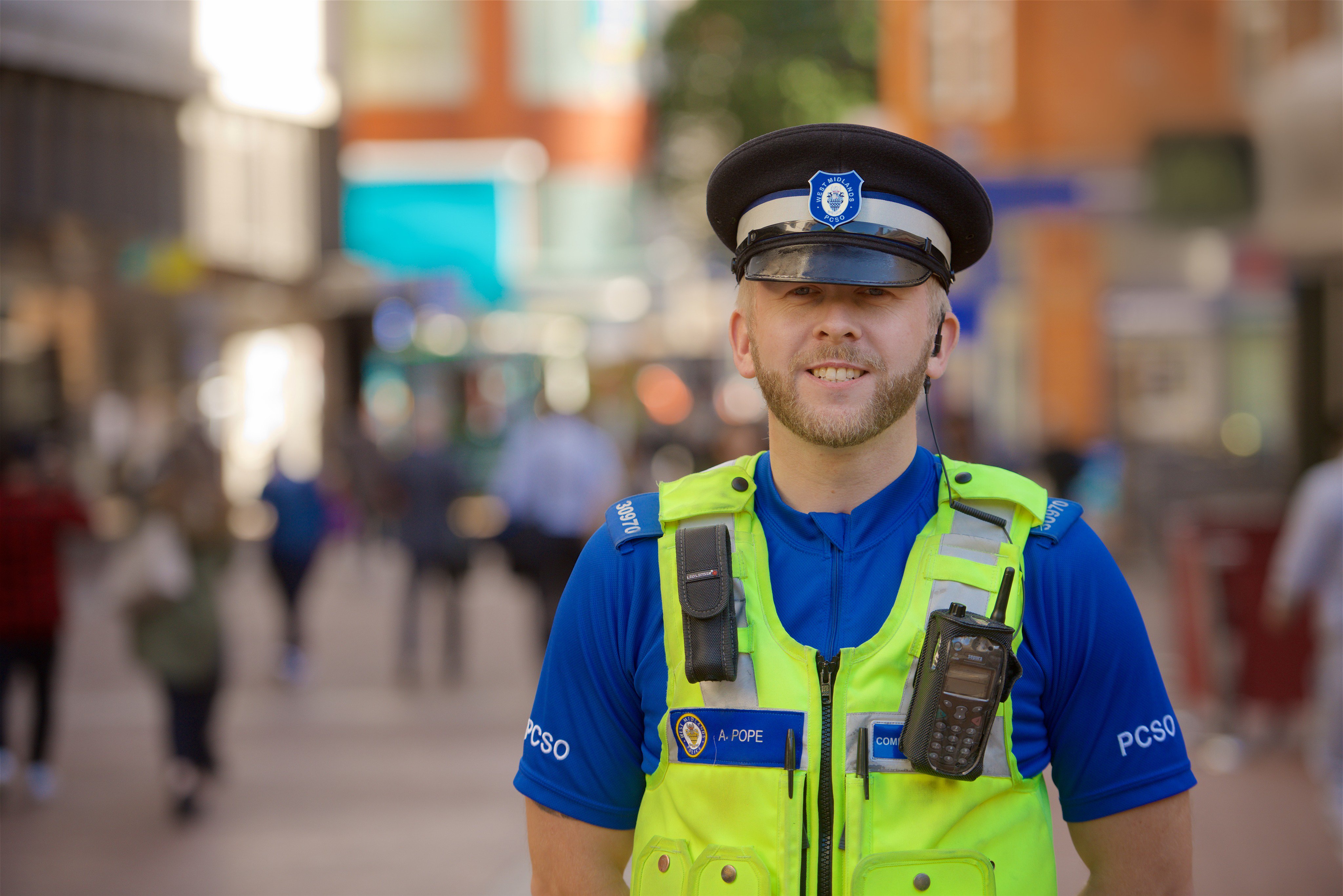 After spotting 250 crime suspects in just a year, Police Community Support Officer Andy Pope is living up to his 'memory man' title after hitting the 1000 mark in five years!

PCSO Andy Pope has a remarkable ability to recognise faces of some of the region's most wanted people- picking out some years after they were sought.
The West Midlands PCSO- who patrols the region's transport hubs as part of the Safer Travel Partnership- has built up a reputation for remembering faces from CCTV footage, stills and police briefings.
The 39- year- old has successfully identified someone from a distinctive mole on their face as well as spotting two men responsible for a knife- point robbery on a bus, where the victim had been stabbed in the leg. Andy viewed the images of the suspects and later spotted them at Birmingham Moor Street and after a long foot chase, he caught the main offender, while PC Steve Dawkins obtained details of the other man. He was later arrested and sentenced to three years in prison thanks to Andy's photographic memory.
His identification skills have led to the arrest and conviction of suspects wanted for offences including theft and sexual assault. With over 300 suspects being identified for bus- related incidents and nearly 50 for train incidents, Andy has significantly contributed to the reduction of crime on the transport network in the West Midlands.
Andy, who is part of the Safer Travel Partnership which has seen West Midlands Police work alongside British Transport Police and transport operators to cut crime on buses, trains and trams by 70 percent in ten years said: "I am thrilled to have been able to identify 1,000 suspects and know that I am helping to reduce crime on the network. It is hard to explain exactly how I remember so many faces.
"I spend time before I start a shift scanning police systems to see if any new faces have been added and they just seem to stick in my mind.
"I feel a great sense of pride and satisfaction if I manage to remember a suspect from an image who is then arrested."
He added: "I am responsible for a couple of busy bus corridors; it's my job to make them as safe as possible so passengers can enjoy a pleasant journey. Anyone causing a problem for passengers I want to be able to recognise them and find them."