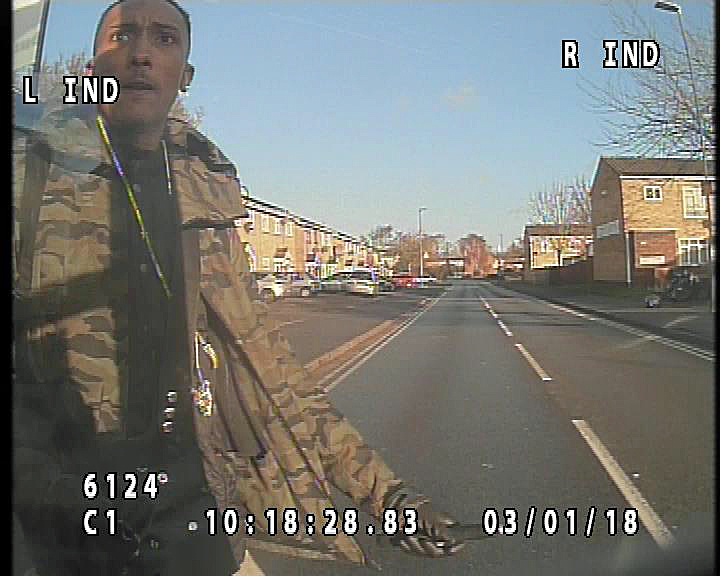 Mayor of the West Midlands Andy Street has welcomed the jailing of a man who carried out a series of attacks on West Midlands bus drivers.

Larhys Fuller, 25, boarded a number of buses during December and January without paying. When challenged by drivers, he became aggressive and attacked them.

During one incident in January 2018, Fuller used a baton to hit the driver. He also smashed the driver’s cab window, causing more injuries to the driver.

At Birmingham Crown Court, Fuller was prosecuted for 14 offences including assault, possession of an offensive weapon or bladed article, criminal damage, resisting arrest and possession of cannabis.

He was sentenced to a total of 30 months’ in prison. He was also ordered to pay £170 towards services for victims of crime and take part in a compulsory drug rehabilitation programme.

The Mayor said: “Public transport is an essential service and the people who work for it have the right to do so without being attacked and intimidated in such a disgraceful way.

“Millions of journeys are made safely on public transport every day but unfortunately this is tainted by the actions of a few people, so I am glad that when it does occur the justice system sends out the message that it will not be tolerated.

“My thanks go to West Midlands Police, National Express and Transport for West Midlands for their excellent teamwork in this case.”

Tom Stables, managing director of National Express West Midlands, said: “The safety of our customers and staff is our top priority. We welcome this sentencing, which gives a clear message that we will prosecute anybody who does not respect our drivers’ right to work without fear of assault or intimidation.”

As part of the Safer Travel Partnership, CCTV footage of anti-social behaviour and crime on National Express West Midlands’ buses has already brought a 75% success rate in identifying offenders.

Tactics ​​​​includ​e​ tip-offs from the public and targeted uniformed and undercover patrols on known hot-spots or routes.​

Passengers should always dial 999 if there is an urgent crime or an emergency. But they can also use the Safer Travel Partnership’s See Something, Say Something service to report any​ non-emergency incidents of​ anti-social behaviour on National Express West Midlands buses.

The reports help to build intelligence data which assists Safer Travel officers with pinpointing any particular hotspots to target.

The See Something Say Something​ service​ provides the travelling public with a discreet way to report nuisance and anti-social behaviour on the bus network.

Passengers ​should ​text 'bus' then details of the anti-social behaviour including time, date, location and route number to 83010.

Alternatively passengers can download the free 'See Something, Say Something' phone app, or by report incidents via the website www.safertravel.info.​