Three courageous Safer Travel cops have been recognised for their brave and selfless actions after saving a man’s life in Birmingham.

Sergeant Nicola Mallaber was on patrol with PCSOs Andrew Pope and Natasha Luczak in October 2018 when they spotted a man straddling the bridge over Great Charles Street.

The man had climbed the railings and was about to jump when Sergeant Mallaber dived forward and grabbed on to his shoulders to stop him from falling.

Together with Andrew Pope and Natasha Luczak, she managed to hold onto him as tightly as possible until further help arrived, and the trio eventually pulled the man back over the railings and into safety.

Their actions that day undoubtedly saved his life and for that feat they’ve each been recognised with a Chief Constable’s Commendation award.

The accolade was presented at an awards ceremony on Tuesday 19 November. 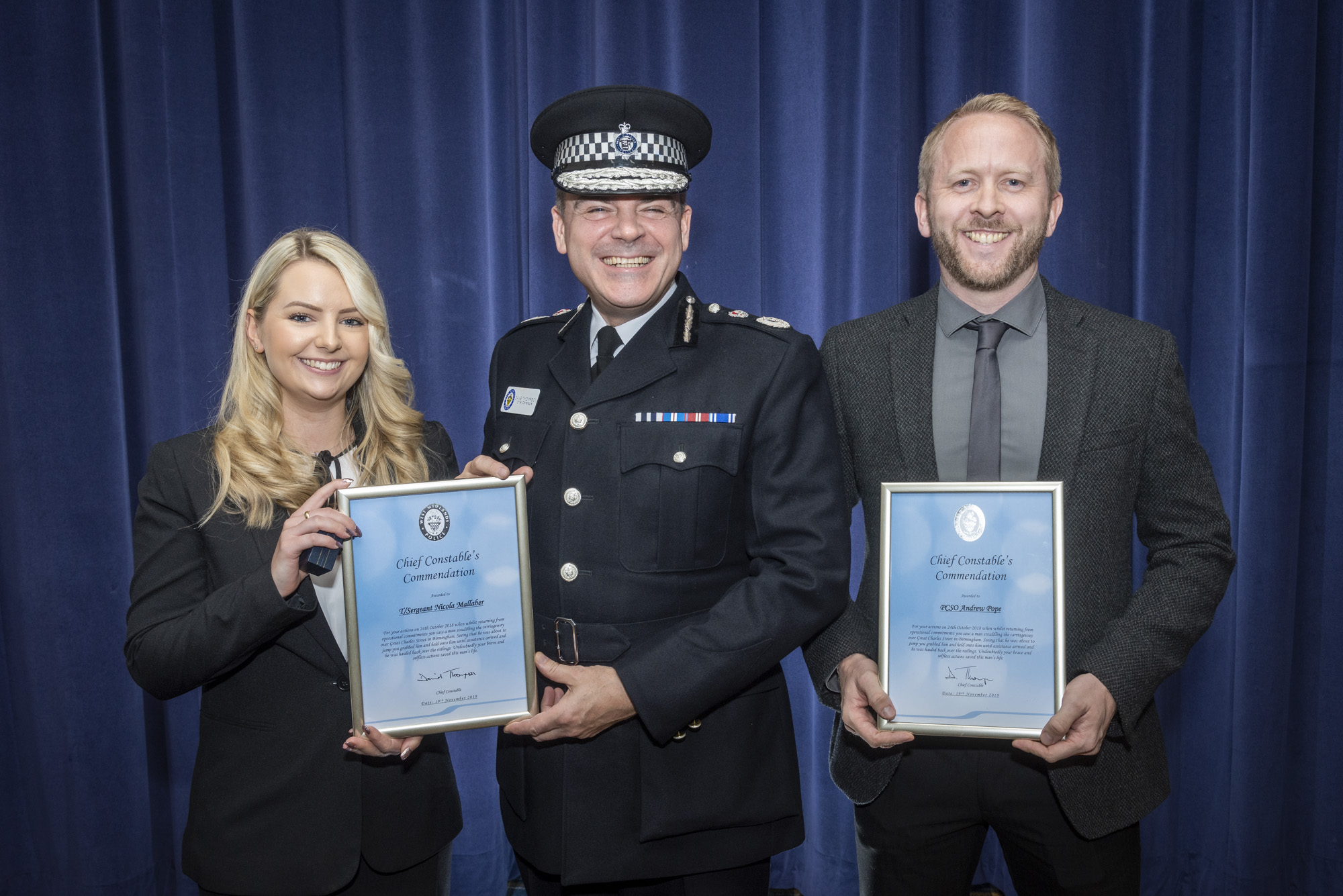