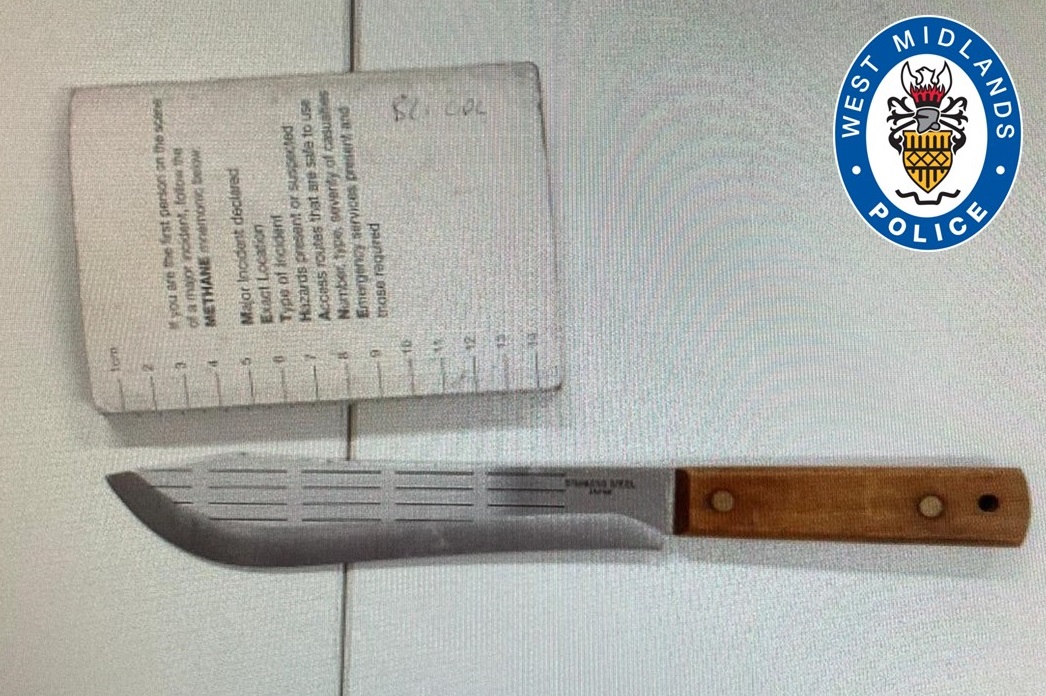 One of the weapons seized during the operation

The operations were arranged to support higher passenger footfall after the new year and to ensure students were able to travel back to school safely.

Inspector Rachel Crump, head of the Safer Travel Policing team, said: “We expected an increase in passenger numbers due to students returning back to school and commuters using the transport network to travel back to work, so we stepped up our patrols and organised a number of proactive operations across some of our busiest routes on the network.

“It’s great to see our officers have taken number of weapons off the street, some particularly shocking and extremely dangerous if they were to be used.

“We continue to reinforce that it is absolutely unacceptable to carry weapons on our public transport network. Thankfully these weapons are now in police possession and cannot cause any danger to the public, and those who were found carrying them will be investigated and dealt with accordingly.

“We want to reassure the public that we take the safety of passengers and staff extremely seriously and we do not condone carrying weapons or behaving in a way that makes others feel unsafe. Equally our officers do not deserve to be abused or assaulted for simply doing their job and protecting the public, and the safety and welfare of our staff will always be a priority.”