A teenager from Solihull has received a belated Christmas present from officers in the Safer Travel Partnership after they donated him a new bike to ensure he can visit his sister in hospital.

Jacob Insull, 13, was left struggling to visit his younger sister Lana, aged 7, after cold-hearted thieves not only stole his bike twice, but also the family's car with Lana's specialised wheelchair inside.

Lana, who suffers from Mitochondrial disease - a life-limiting condition, meaning she has epilepsy, severe infections and is unable to communicate - spends a lot of time in Birmingham Children's Hospital. Jacob would often cycle to Dorridge railway station to catch a train so he could visit her and see his mum, who stays by Lana's side when she is on the ward.

But when his bike was stolen at the station last summer, Jacob was faced with being unable to visit his sister and spending long periods of time on his own. A man was later arrested and charged in connection with the theft and as officers worked on the investigation, they heard about Jacob's plight and put a gift bag together full of cycle security goodies. 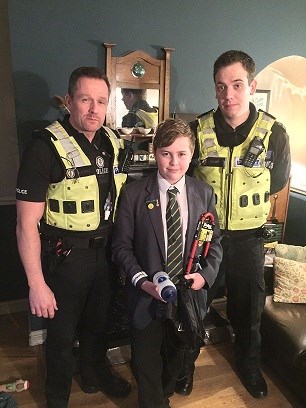 However, when they went to deliver it on 10 January, they were told Jacob's new bike - which his mum had saved up for - had just been stolen from outside his house.

"Due to everything Jacob had been through in the past few months, we had a think about what else we could do for him to make sure he could get to see his sister," said PC David O’Neill from the Safer Travel Partnership.

He added: "We approached a local company called Cycle Chain, who recycle unclaimed bikes, to see if they could help and they kindly donated a bike, which was delivered to Jacob the next day.

"Jacob is a very special boy; not only does he help out with the day-to-day care of his sister, but he has also raised thousands of pounds for the Lily Foundation, who raise money on behalf of those who suffer from Mitochondrial disease.

"He gives a lot of his time to others and we were horrified to hear that thieves had taken so much from him. We hope our actions will go some way to making up for the loss the family has suffered, showing them there are people out there who will rally round in their time of need."

Jacob's mum, Susan, said: "We were overwhelmed with how quickly Safer Travel officers had acted and Jacob was so pleased with his new bike."

Ross Jones, 23, of Stretton Road, Shirley, has been charged in connection with stealing the bike from Dorridge railway station and is next due to appear before Birmingham Magistrates' Court on 14 February. No arrests have been made in connection with the second bike or car theft. 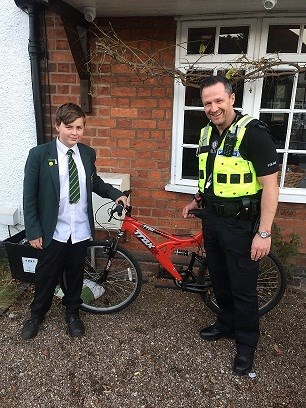