Crime on the West Midlands public transport network has fallen by 5% in the last six months new figures have revealed.

The drop is for crimes recorded on bus, rail and Metro trams between April and September 2019 and compared to figures for the same period last year and against a national backdrop of rising crime.

Crime across the rail network, which includes both train and metro, has reduced by 9%, which equates to a reduction of 121 offences.

The biggest decrease was in sexual offences and public order offences, as well as reduced anti-social behaviour on the network. On the metro specifically, crime remains incredibly low and has still seen another reduction of 35%.

In addition, there has been a 1% decrease in bus crime, with the biggest drops in criminal damage and sexual offences.

Police officers patrol the region’s transport network every day based on intelligence from both police forces, as well as from transport staff and members of the public. The team has access to over 1,500 CCTV cameras covering bus, rail and metro stations which are staffed 24/7, as well as on-board CCTV access from our partner transport operators.

This means the teams are able to target the hotspots where crime and anti-social behaviour are most frequently reported.

As we are halfway through “Mischief Fortnight”, the period which includes Halloween, Bonfire night and the clocks going back, the police teams are strategically deployed to tackle the small increase in crime and anti-social behaviour that is typically expected during this period.

“Public transport is for all of us and those who disrupt other users, commit crime or anti-social behaviour will be caught and face the consequences of their actions.

“As the half-term and Halloween period begins, I am pleased to be putting on a range of programmes for young people to keep them out of trouble and involved in positive activities.

Also welcoming the positive results, Mayor of the West Midlands Andy Street said:   “While crime on the public transport is actually low, witnessing anti-social behaviour can undermine people’s sense of security and that can lead to an unfounded fear of crime. The result is that some people choose not to go by bus, train or tram and that means more congestion and pollution.

“No one, neither staff nor passengers, should have to put up with bad behaviour which is why officers and bus inspectors will be taking firm and effective action whenever they encounter it.

“We are also adopting new bus bye-laws to give our Safer Travel staff more powers to crack down on anti-social behaviour.”

Additionally, the Partnership’s dedicated Anti-Social Behaviour Team has also achieved great success. They run the See Something Say Something campaign which encourages passengers on the bus network to text if they witness any anti-social behaviour on their journey.

During the past six months, the team received 898 reports through the text service and website form. Of these, more than 80% of perpetrators cease their behaviour following early civil interventions, and 97% of those completing the Restorative Justice programme have stopped offending on the public transport network completely. 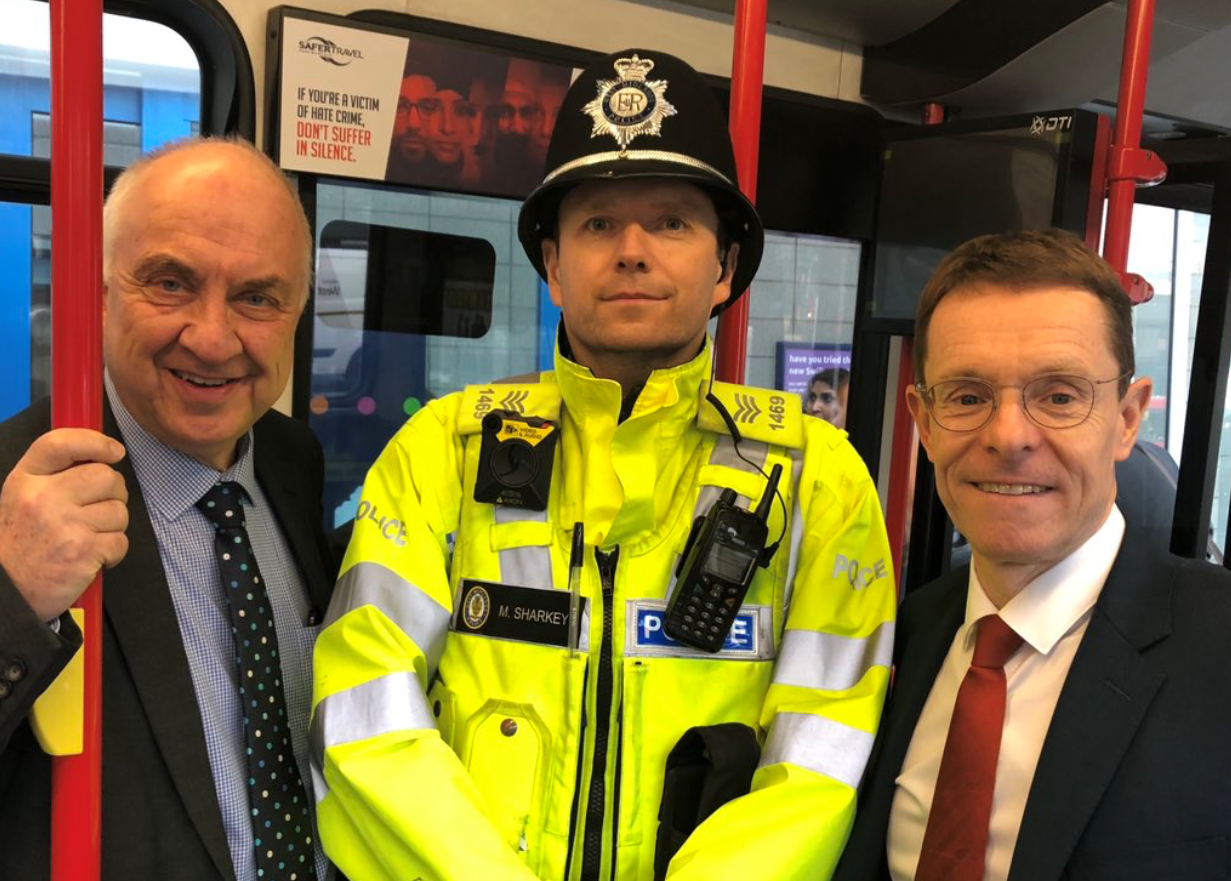