A consultation has been launched today (Feb 4) over plans to use new powers to tackle anti-social behaviour on the buses.

Transport for West Midlands (TfWM), which is part of the West Midlands Combined Authority (WMCA), is looking to adopt new bus byelaws which would give Safer Travel teams and police officers greater powers to deal with low level nuisance on buses, at bus shelters and in bus stations.

Since 2006 crime and anti-social behaviour has reduced by more than 60 per cent thanks to the work of the Safer Travel Partnership between TfWM, West Midlands Police and British Transport Police.

But fear of crime and nuisance remains a barrier, preventing many from taking the bus.

According to research by campaign group Transport Focus, there would be 11.5 per cent more journeys by public transport if people felt safer.

The byelaws would give enforcement officers greater powers to deal with a range of anti-social acts including smoking and vaping, being intoxicated by alcohol or drugs, vandalising property, obstructing passengers, playing loud music and threatening or offensive behaviour.

Passengers and residents have between now and March 29 to ask questions and comment on the proposals.

Transport bosses are particularly keen to hear views on:

Mayor of the West Midlands Andy Street said: “Research shows that anti-social behaviour can undermine feelings of safety and security for passengers and lead to a greater fear of crime. We know it also puts some people off travelling by bus.

“That is a real shame which is why these bus byelaws are part of our wider plans to tackle the problem. We know nuisance behaviour is something that many passengers feel strongly about so I would encourage people to take this opportunity to have their say and tell us what they think.

“No one who travels by bus should have to put up with nuisance behaviour and we want to everything we can to stamp it out.”

West Midlands Police and Crime Commissioner, David Jamieson, said: “The safer people feel on public transport, the more likely they are to use it.

“Public safety on transport is a top priority of mine. I am pleased that these powers are now being consulted upon.”

Cllr Roger Lawrence, WMCA portfolio holder for transport and leader of the City of Wolverhampton Council, said: “These powers are similar to ones we already have in place on our trains and metro trams.

“We want our transport users to have greater confidence that we are committed to tackling nuisance behaviour and anti-social behaviour on our buses.”

As well as online consultation a series of public consultation events have been organised to allow residents and bus passengers to discuss the plans with staff: 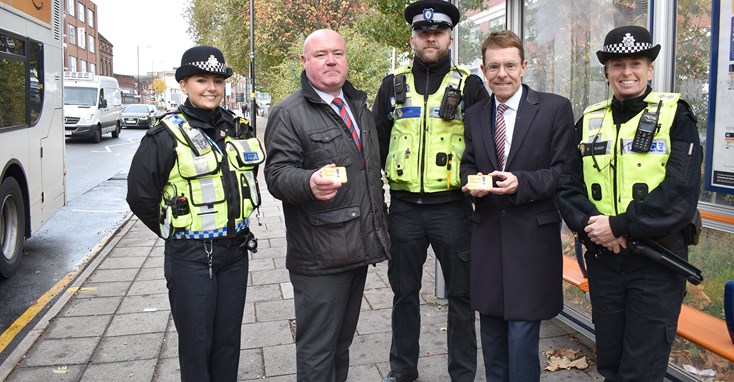