Bus passengers urged to See Something, Say Something 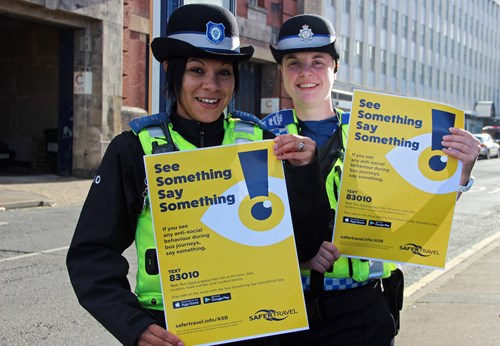 Passengers urged to See Something, Say Something

With Halloween and Bonfire Night looming, bus passengers across the West Midlands are being urged to report anti-social behaviour on the network with the new look See Something Say Something service.

See Something, Say Something allows people to pass on details of nuisance behaviour tothe Safer Travel Partnership, which operates specifically to tackle and deter crime on the region’s transport network.

The period leading up to, and immediately after, Halloween and Bonfire Night, along with the school half term, historically sees a rise in anti-social behaviour (ASB).

Inspector Rachel Crump of the Partnership's police team said: "Often it is just a case of high jinks getting out of hand, but left unchecked it can create a real sense of unease that that leads to an unfounded fear of crime on public transport.

"We are not out to spoil anyone's fun but tackling ant-social behaviour on our network is a major target in our aim to make passengers feel safe during their journey.

"The information we receive from passengers through See Something, Say Something helps us build a bigger picture to identify and deal with problem areas."

Now in its eighth year the non-emergency service has recently been re-launched and focuses solely on bus travel. The re-launch will see new posters and information cards being displayed and distributed on the West Midlands bus network over the next few weeks.

All passengers need to do is text “Bus” followed by a space to 83010, with a message giving as much information as possible about the nature of the incident.

Anyone witnessing criminal behaviour should ring 999 as they would do normally, with adedicated Safer Travel Anti-Social Behaviour Team investigating each report it receives.This is then used to build up an intelligence picture that can lead to individuals causing anti-social behaviour on the bus network being identified and facing appropriate action, rail and Midland Metro passengers should use the British Transport Police equivalent, a national text service number of 61016. 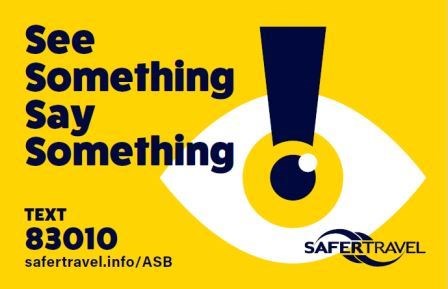 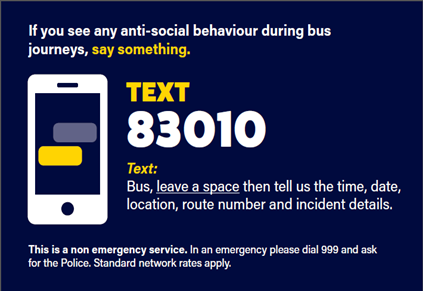