Breaking the cycle of bike crime 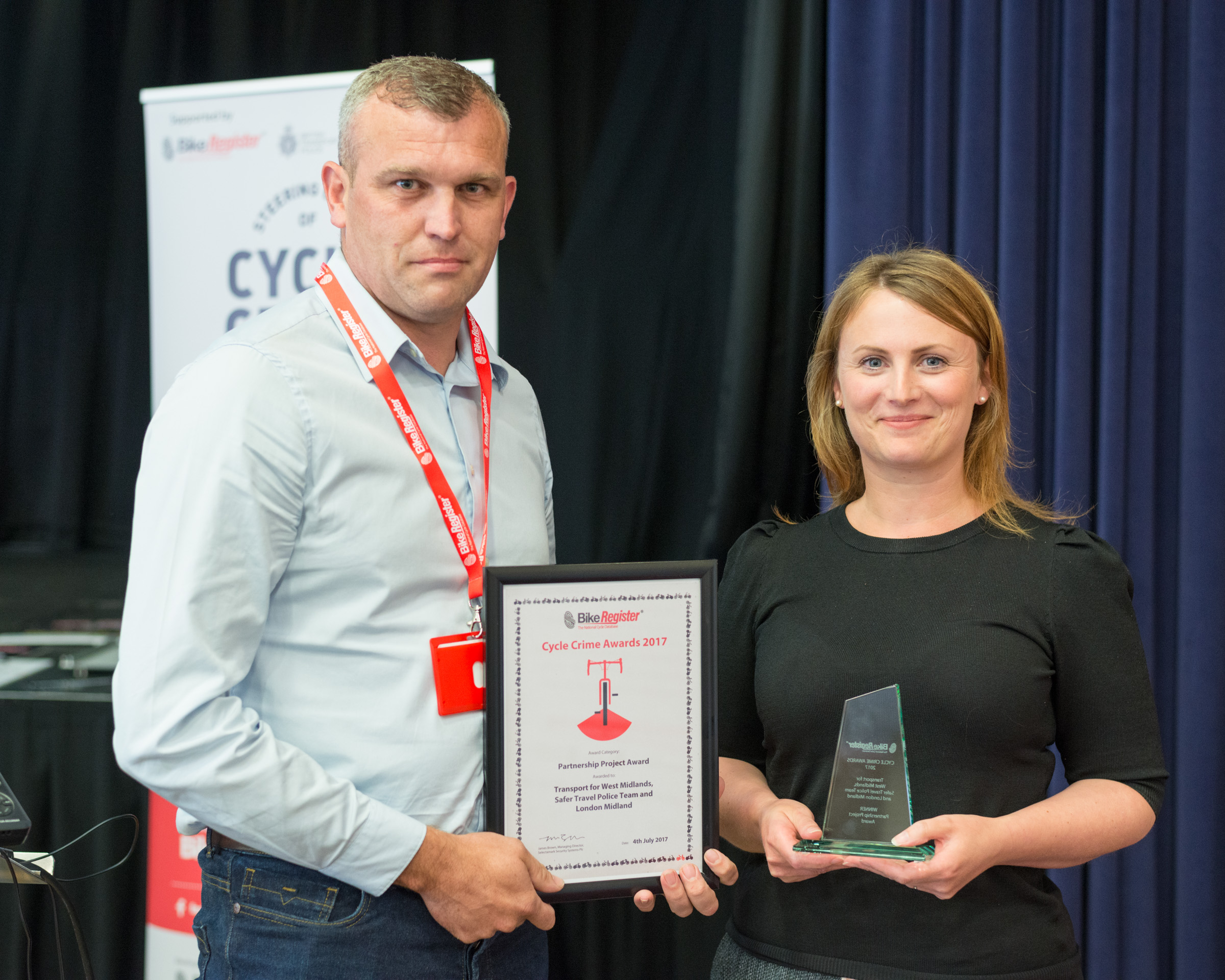 Following on from last year's hugely successful event, officers from 28 police forces attended this one-day cycle crime conference (on Tuesday 5th July), along with key partners from the cycling, education and security industries.

The theme for this year's conference was ‘Bike Crime – Breaking the Cycle’, with speakers highlighting the numerous initiatives being undertaken nationally to tackle bike crime.

Around 150 delegates got the chance to hear about successful operations to reduce cycle theft and share best practice on cycle crime solutions.

There were also presentations from a number of expert guest speakers including Detective Chief Inspector Darren Malpas from BTP, whose overview on cycle crime opened the conference.

Sarah Burr from Transport for London spoke about the impact of cycle crime in London, while Fergus Campbell from Gumtree explained what steps the auction site is taking to tighten the net on bike thieves.

Belinda Hopkins from University of Oxford had ideas to counter university bike theft following the successful introduction of a BikeRegister scheme across all Oxford colleges; and Wing Commander Keith Dear gave a fascinating insight into ‘how feeling watched can change behaviour’ of a bike thief.

He explained that BikeRegister is the UK’s national cycle database, with more than 665,000 bikes registered online and over 250,000 searches performed every year.

James Brown said: “We are thrilled with the success of our third Cycle Crime Conference and are very grateful to the many police forces and industry partners who attended.”

However, he warned that a lack of funding to deal with cycle crime is an issue.

“Our concern is that after the big strides made over the last four years, police forces are taking resources away from tackling cycle crime. As a result, we are seeing huge spikes in bicycle theft in many areas of the UK, in some jurisdictions by up to 50%. With cycle journeys rapidly increasing, we should be increasing not decreasing our combined efforts.”

He concluded: “A highlight of the conference was the 2017 Cycle Crime Awards which pay tribute to the great work being done by so many police forces and partners using BikeRegister to fight bike crime.

Winners of the 2017 Cycle Crime Awards:

Most Significant Reduction in Cycle Theft
Winner: Lancashire Constabulary
Officers from Lancashire Police achieved a 58% reduction in bike theft through the implementation of Operation Derailleur, a multi-stranded operation to prevent and deter theft of pedal cycles.

The Partnership Project Award
Winner: Transport for West Midlands, Safer Travel Police Team and London Midland
To combat an upward trend in cycle-related crime at rail stations, Transport for West Midlands and the Safer Travel Partnership and rail operator London Midland formulated a series of initiatives to address the situation and ensure new and existing cycle rail commuters would have the confidence to cycle and ride including the ‘Love Your Bike’ sessions.